Why can’t SMBs have the big kids’ toys?

Small and medium-size businesses need to compete despite smaller budgets and fewer resources. How can they get their hands on the technology they need without breaking the bank?

In a volatile and competitive world, small and midsize businesses understand that technology is important to success. Two-thirds of SMBs see technology as a primary factor in pursuing business objectives, according to a CompTIA report, while 31 percent rate it as a secondary factor. And the SMB Group found that 72 percent of SMB decision-makers feel technology solutions can help them significantly improve business outcomes or run their businesses better.

Despite these constraints, SMBs are getting their hands on the tools they need to forge ahead. How are they doing so? First, it’s worthwhile to consider the factors that are driving SMBs to invest in new technologies. 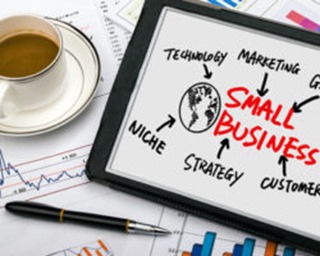 “New customers often approach us after a security breach or when a server goes down,” says James Haggerty, principal at technology consulting and services firm Westminster Information Technology. Both instances force an SMB to rethink its IT strategy, due to security risk or the cost of downtime.

McKenna adds three items to the list of technology purchase drivers: “The driving force for purchase is often a new branch, a new workload, or an IT modernization upgrade.” Of those three factors, increased workloads most often influence new investments.

That’s not necessarily a matter of company size, McKenna notes. It’s also about the types of workloads a company is running. If an SMB uses IT as a competitive advantage or strategic asset, they move to newer technologies much more quickly. Some workloads, such as data analytics and the Internet of Things (IoT), force technology modernization on their own, says McKenna, because old systems just can’t handle those tasks.
Some workloads are latency-sensitive. “Take a point-of-sales system, for example,” McKenna says. You want to capture the transaction quickly and authenticate it quickly. You need a reliable and efficient set of systems to do so, and that’s another upgrade driver.

On the other hand, an SMB that uses IT for support alone won’t look to upgrade as long as everything works. Between budget limitations and an “if it works, don’t fix it” mindset, there isn’t a burning desire to upgrade just because new technology is available. However, the sun-setting of old infrastructure can make SMBs decide to upgrade. According to a Spiceworks study, end-of-life was listed as a factor in buying new technology by 70 percent of respondents.

Getting past budget and resource constraints

Despite the obvious limitations, many SMBs are keeping up with—and sometimes even surpassing—the technology deployed by much larger companies. Here’s how.

Invest in scalable IT

A number of enterprise vendors have come out with prepackaged, scaled-down versions of their products, says Haggerty. This enables SMBs to “buy into” an infrastructure and then expand as the company grows.

A key strategy is scalability, meaning the ability to start small with systems that easily grow to handle additional demand such as more users and workloads. And much of the ability to scale comes from the cloud. 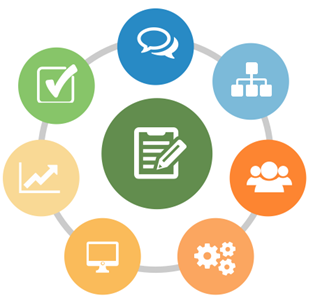 The Hybrid IT approach, where technology resources exist both on premises and in the cloud, is uniquely suited to scalability. The setup enables SMBs to retain their existing systems while scaling up as needed.

Need a place to put a new workload? Need to store tons of data and then analyze it? Need lower latency with other cloud-based systems? Then moving off premises is the way to go. This trend can be seen in the RightScale State of the Cloud Report, which revealed that 61 percent of technical professionals are looking to the cloud to provide greater scalability.

As midsize companies have bought into Hybrid IT, smaller businesses (with fewer than 100 employees) have not. While the majority of small business owners (62 percent) trust the cloud, Salesforce’s Connected Small Business Report shows fewer use cloud-based technology services to its full potential. Only 10 percent have more than 50 percent of their technology in the cloud.

“Small businesses are still a bit apprehensive about the cloud,” says Haggerty. Part of the reason is that the cloud shifts capital to operating costs. The accounting department may see that as an advantage. However, cloud services are subscription-based; SMBs worry that they’ll spend too much each month per person, and that’s unsupportable.

Again, scalability comes into play here. Being able to expand your cloud use as you grow can help scale costs as well. You buy capacity as need and revenue grows.

Define your IT priorities

Cherry-pick the technology purchases that have the biggest impact, says McKenna.

Unlike enterprises, which have much larger budgets, SMBs need to choose one or two things they can do over the next year. They cannot compete in every facet of business, so they have to focus on one, be it operations, marketing, or some other competitive dimension.

This can be a problem, or a blessing in disguise. Being forced to focus really helps in budget choices.

“One of our clients is a law firm that’s very concerned with high availability,” says Haggerty. Because the firm has briefs that are due and deadlines to meet, it is under tight time constraints that can’t be moved. That could have meant a lot of technical decisions, but it didn’t have the budget or attention to shepherd several projects.

The law firm decided to focus on setting up a 15-minute backup and restore window using redundant servers. It can also fall back to the cloud if necessary; while slower, that can keep the firm up and running.

By focusing in on high availability, the firm could buy into the same technology that enterprises use, despite a smaller budget and fewer resources. In the end, it all came down to choosing one important project and then moving forward with it.

Another facet of thinking smarter is focusing on “low-hanging fruit” technologies. A lot of the toys that big companies are using may be out of reach, says Haggerty. “However, redundancy and scalability? SMBs can get their hands on that without spending a lot of money,” he says. 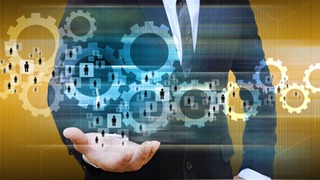 Two new factors are making it easier for SMBs to get their hands on new technologies, says Haggerty.

First, new equipment can accomplish more. For example, unlike years ago, a server can perform many functions rather than one, and it can do it faster. That enables SMBs to spend less when upgrading old technology.

Second, newer technologies are often easier to manage, typically from a central point of control. This advantage enables an SMB to grow without the expense of adding new IT staff to support that growth. 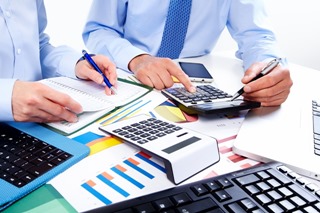 SMBs have trouble hiring people who can take advantage of the enterprise-level technology. Nobody can know every technology, after all.

“An IT manager at an SMB may not be familiar with how a scaled-up data center works, and that can limit their vision,” says Haggerty.

This can lead an SMB exec to make less-informed decisions that cost the company a lot down the road.

How they get past this? By bringing in a partner.

A cloud partner can educate SMB IT managers, help them plan and implement new technology, and provide ongoing support. Partners may also provide a bundled set of services, including software and systems management. Bundling really helps, says Haggerty, because it often brings down both the purchase cost and ongoing licensing fees.

“Many SMBs are thinking strategically,” says Haggerty, “not just trying to patch holes and upgrade old equipment.” By limiting their risks using the tips above, technology investments pay off in the long run. If it means playing with the big kids’ toys, too? That’s all the better.

Getting the tech your SMB needs: Lessons for leaders